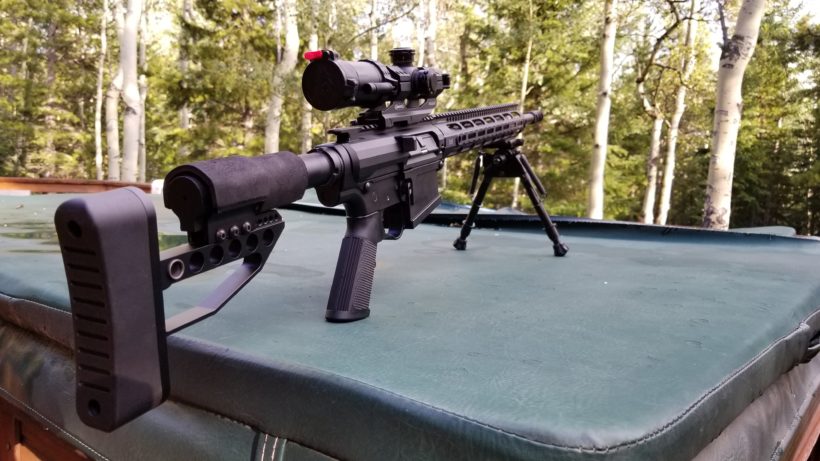 Development of the original AR-10 was started in the United States in 1955 by Eugene Stoner. For many years the M-1 and M-14 had been doing the heavy lifting in a longer-range cartridge for the military as applied to a semi or fully auto-loading rifle.

Now the search was on for a rifle that could move up the effectiveness level of a combat rifle, reduce the weight of the gun platform, and still maintain long-range performance.

The answer came by way of the Stoner Firearms Company design. This program came to a halt quickly, however, and over time the AR-10 projects as carried through by the firearms manufacturers ArmaLite Arms ended up generating the acceptance of the now famous AR-15, or in military terms the M-16.

Later, when ArmaLite was sold, the AR-10 rifle was regenerated by the new owners and after that became melded into what are now known as many variants of the rifle offered by various brand manufactures today. 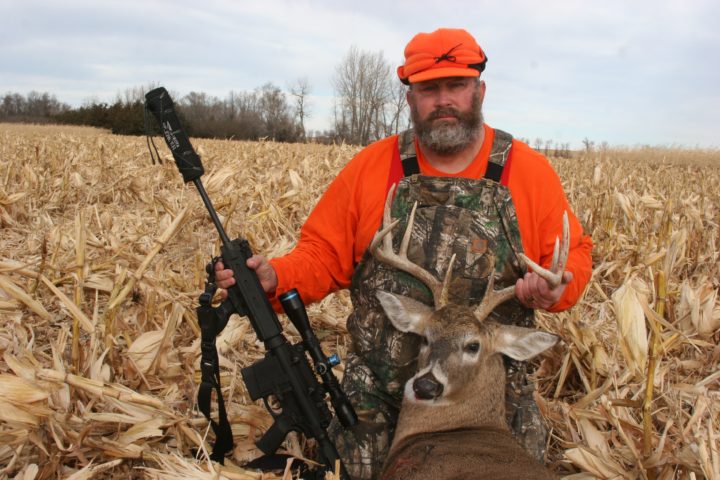 While this has been a very condensed version of the subject regarding the gun's history, it makes it clear that even though the weapon had its share of problems, it never went away. Today it is known as the M-110 in military terms, and the very much improved AR-10 in the civilian marketplace.

I once observed a film clip of special operators shooting DPMS AR-10s equipped with Leupold MARK V optics from rooftops in what I believe was Afghanistan These shooters were successfully holding back a massive assault by insurgents using these civilian-based AR-10s.

The fire rate was so high that full cases of 7.62X51 ammo were being pitched into them off a copper that came in from the cover side of the several-story-high building. I can’t remember anything I have seen or done that locked my opinion of the AR-10 down any firmer then what took place on that rooftop shooting platform. 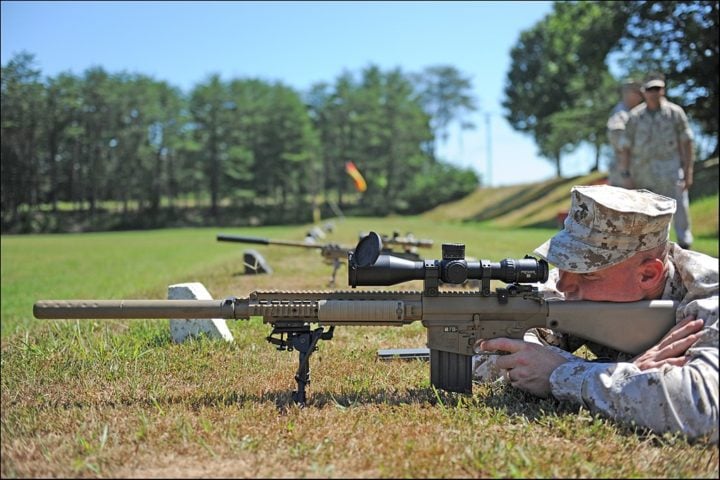 I have shot long-range events with these rifles, carried them afield for big game and varmints, and shot hours of steel both up close and half a mile away. The AR-10 today is a totally reworked rifle from those of yesteryear. The rifle as a stretched platform from the AR-15 makes use of a wide variety of cartridge styles.

The 300 Win Mag, the 30-06 Springfield, and about a dozen others are chambered in this platform design. However, that stated, the 7.62X51 (308 rifle round for deer hunting) is the primary go-to round as applied to the AR-10.

Weaknesses of the AR-10 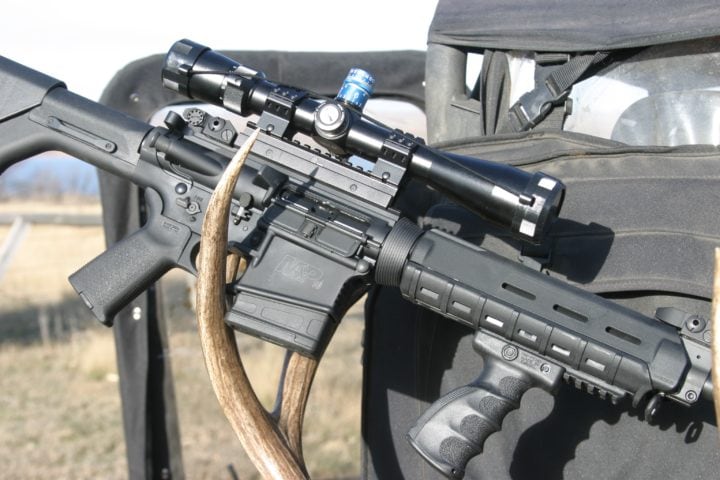 There are not many weaknesses regarding this rifle, to be sure. The main issue I see is a rifle that comes in at a rather high carry weight. The chassis also carries sharp edges that snag gear and cloths. As a list of issues, that is where it stops.

The weight factor is one of mine after hauling one around the field for several seasons. As for the snag factor, that came from an old solder who had to jump out of choppers from a rope with one strapped to him.

I do consider this rifle a better war-fighting tool than a sporting rifle. But that stated, even my team here at Ballistics Research & Development carry them every deer season in 308 and 243 Winchester cartridges

In both cases, the rifle are DPMS Panthers, and about the only major drawback to them is that they almost require suppression as a hunting rifle. The barrels and birdcage muzzle-breaks make the rifle very loud. This is enough for one of my engineers to consider dumping his until he applied for and was granted a suppressor.

With that move, by way of a Mack Brothers system, the problem of excess noise was solved overnight. 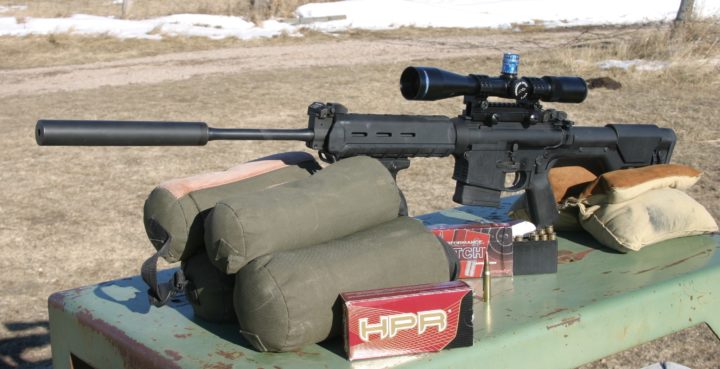 One additional issue that was noted with these Winchesters is that neither of them like reloaded ammunition very much. The rifles require match-dimension resizing dies, or they would just hang up a spent case all to often.

Is this a bad thing? No, because it says the chamber tolerances were tight in terms of offering accurate construction methods for a tack-driving gun platform. If reloading, check with care your sizing methods, and chamber each reload round prior to taking it into the field.

Where is the AR-10 platform today? 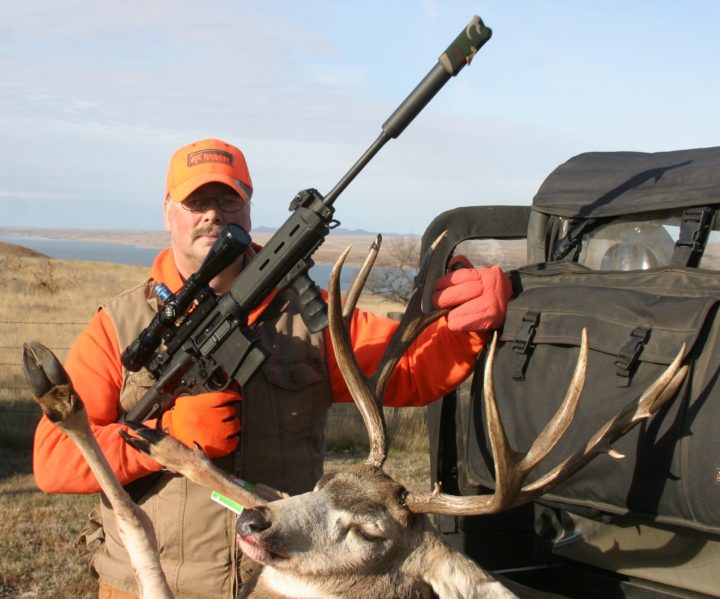 By way of example, I have selected several AR-10 platforms to illustrate the net results of what a history of modifications have made this rifle today. The modern M&P 10 is chambered in 7.62X51 and is able to act as an outstanding game rifle and law-enforcement upgrade in firepower when needed.

This rifle carries all the controls of AR-15, but everything is beefed up in size and material mass. The gas system is robust and designed to handle the increased size in cartridge applications.

Test-shooting this rifle at the NRA Long-Range shooting school in Utah a few years ago illustrated that this is an outstanding 1000-yard rifle with some added altitude in around 300 feet or more. This gets the 308 Winchester round pushing over the 800-yard effective limit at sea level.

We shot several days at 800 to 1000 yards and did so while developing great scores on elk and standard steel plate targets. The M&P will stand on its own against any and all competitors in this market. 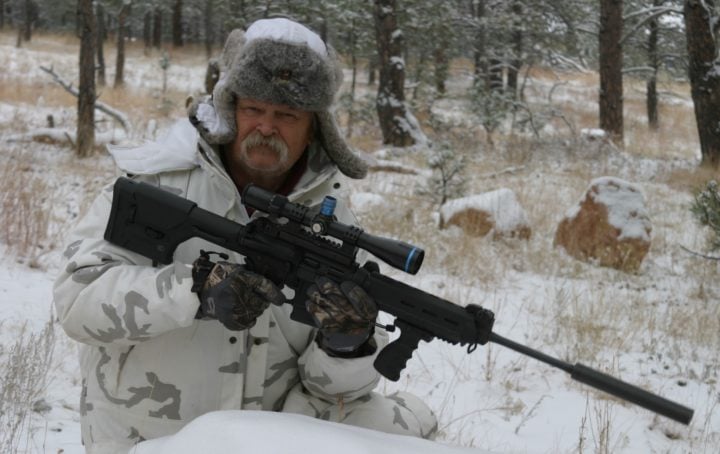 Secondly is the outstanding all-American-constructed Rock River AR-10 in any one of several variations. The Rock River, also known as the RRA LAR rifle, is even chambered in the new Predator HP 6.5 Creedmoor, which after all has a mother cartridge called the 308 Winchester.

Same length case, but very different performance profiles. This moves the AR-10 up still another notch as we enter the 2020 year of production by RRA.

If you're shooting a current RRA rifle in AR-10, you can also buy complete uppers in the new cartridge in order to retro-fit your field to the upgrade. Rock River rifles have been a part of my program for a decade or more.

I shoot the RRA 7.62X39 Russian on coyote when I get into hot areas that are going to produce some multiple incoming targets a full clip.

In general, better grade best AR-10 Rifles all carry similar gas impingement systems that, in effect, operate much like the smaller AR-15 rifles. The rifles make use of M-Lok accessory mounting slots on the fore-end, and operating controls are the same in terms of safety positioning, magazine release latch and bolt-release systems.

In the final example, I present Ruger Firearms and their SR-10/AR-10. Ruger has been building a solid example of the AR-10 for years and, again, I have tested several models of the rifle and we here at Ballistics Research & Development work with two models.

The gas system on the Ruger is a regulated valve system, but save for that the rifle is almost a classic modern AR-10 in terms of overall design. Chambered in 308 Winchester, the Ruger is a performance dream on whitetail in open country as well as in timber settings.

We have recovered and checked world channels for publication on deer shot at 350 yards, right up to point blank ranges. As a final word, the track on parts and tools associated with the Ruger is almost all offered in the manufacturer's brand name. Grips, fore-end systems, and all operational parts are often logo stamped 'Ruger'.

In the area of tack-on parts and gadgets for all of the above named rifles, keep in mind that the internet is a wealth of AR-15 and AR-10 parts and shooting aid systems. Amazon is a clear path for sights, mounts, grip change-out units, and about a hundred different odds and ends that make up custom-dressed rifles.

In almost all cases, these add-on parts are interchangeable with the use of Weaver blocks as hanger systems and M-Lok slots to anchor down sling studs, lights or secondary sights. 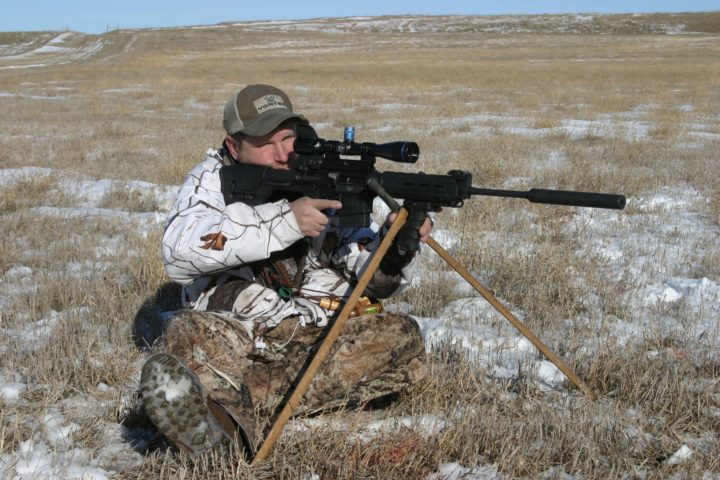 The AR-10 is effective as both a hunting rifle and target-shooting rifle, but it is dependent on the cartridge selected for use. If the rifle were just a 7.62X51 NATO, that would make this a very short story indeed. Keep in mind that best scopes for AR-10 will surely help while hunting.

However, the modern AR-10 is offered in so many cartridges today that the buyer needs to make an assessment of the cartridge being selected for an individual rifle and then research the performance level of that round.

Overall, the performance of the rifle with standard AR-10 cartridges is from 800 to 1200 yards. In effect, performance is not even an issue with this rifle, and all of them in varied common chamberings are effective on game animals to normal and competent gunning ranges (not exceeding 400 yards).

For reference, shooters can check other coverage of AR-style rifles here at Hunting Mark, as there has been extensive coverage regarding both the AR-15 and its big brother the AR-10.

Want to know about Best ar 10 scope mount? Check out our guide.