The Cold Hard Truth about Silencers and Suppressors

Where two or more gun owners gather, there exists a high probability that a gun debate will quickly ensue. Guns are a passion for many supporters of the 2nd amendment and that passion is often on display during these debates. Unfortunately, this often leaves the novice gun owner slightly intimidated and feeling out of place during the conversation. Rather than say something that is not technically accurate, they choose to say nothing at all and miss out on one of the best parts about gun ownership. Namely, arguing about them. Silencers and suppressors are a common topic among gun enthusiasts and yet, many know very little about them. So let’s help both the novice and veteran out a little bit by breaking down the cold hard truth about silencers and suppressors. 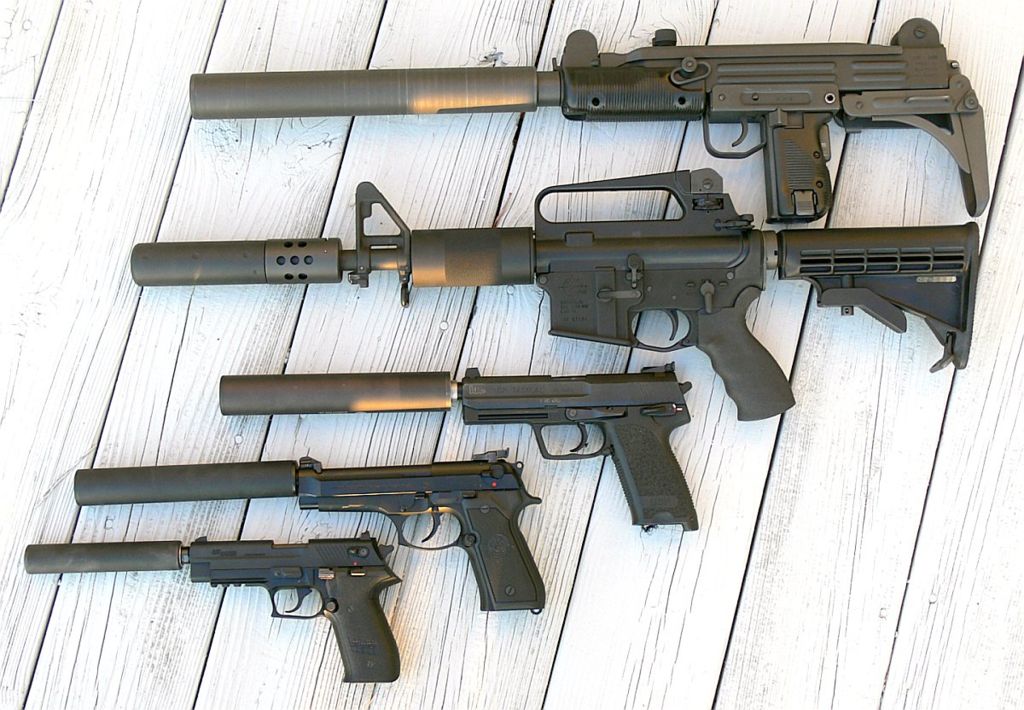 I hate to break it to you, but silencers and suppressors are the exact same thing. That might be blasphemy to every so-called “gun expert” on the internet forums, but for all practical purposes a silencer and a suppressor are absolutely the same thing. They both seek to reduce the sound and flash that comes from the barrel when fired. So why the big argument?

Argumentative gun brethren will often point out that nothing completely silences the sound of gunfire. Consequently, it is inaccurate to call a suppressor a silencer. The only problem with that line of thought is that the guy who invented the thing called it a silencer. With creation, comes the ability to call it whatever you want.

Trust us when we say that if you use the term silencer around some gun enthusiast, you are going to have an argument on your hands. However, armed with the facts below you’ll be able to hold your own ground because they are the exact same thing. 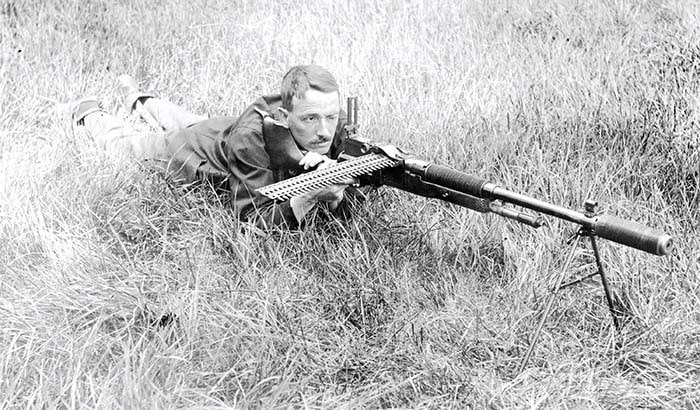 Hiram Percy Maxim was the son of the inventor of the Maxim machine gun. Simultaneously creating muffling devices for cars in 1902, he had an epiphany that the basic technology could be used interchangeably. In 1909 he received his patent and the Mixim Silencer was born. He created the Maxim Silent Firearms Company and marketed them mostly to sportsman.

During World War 2, the predecessor to the CIA fell in love with them. The Office of Strategic Services utilized the HDM .22 LR pistol and the Maxim Silencer was very effective at reducing the sound of gunfire. The wartime use helped shape the opinion by the public at large that silencers were meant for secret assassinations.

Consequently, decades of backlash and misperception limited their popularity. In 2011, the National Rifle Association began a push to popularize the use for hunting and sports shooting. This is in part where the term “suppressor” began to gain in popularity.

How Does a Silencer Work

Firearms generation sound in three different ways. First, there is the muzzle blast which is a shockwave created by high-pressure gases escaping and expanding. Next, you’ve got the sonic boom. This is the cracking sound that comes from the bullet flying at supersonic speeds through the air. Finally, you’ve got the mechanical noise caused by the moving parts of the firearm.

The silencer focuses on the muzzle blast. It reduces the speed of the gas ejection from the muzzle and thus, you’ve got a quieter weapon. It is important to note that a silencer does not completely silence the weapon.

You still have the sonic boom and mechanical noise to deal with. Subsonic ammunition in combination with a silencer can make for very quiet day of shooting. Yet, there is still plenty of noise to be had which fuels some of the movement to call them suppressors instead of silencers. 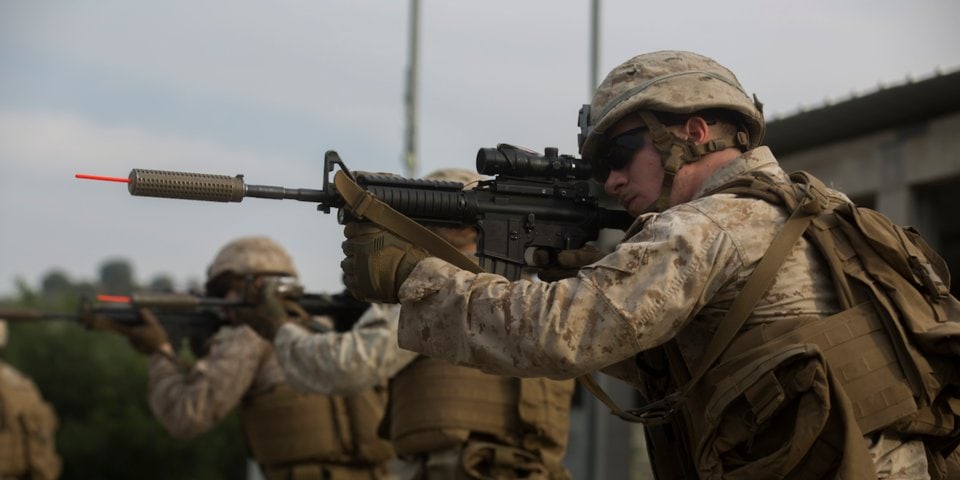 In 2017, the Marines of Bravo Company, 1st Battalion 2nd Marines became the first entire infantry unit to deploy with a suppressor on every single service rifle. They were not turning an entire Company of Marines into elite assassins, but they were applying hard earned lessons learned from over 15 years of modern warfare.

“Move, shoot, communicate” has been the guiding mantra of the Marine Corps throughout the Global Wars on Terror. The Marines are physically fit to move and they are well trained marksman when it comes to shooting. However, it’s really hard to communicate with the sound of gunfire in your ears and communicate is an essential component of the mantra.

The thought behind the experiment is that the suppressors will allow Marines to more effectively communicate which, in turn, will help them gift violence to the enemy with greater speed and clarity. One could apply the same thought to home and personal self-defense.

In a fight for one’s life, the ability to focus increases one’s ability to survive. Moreover, it allows a defender to communicate directions more effectively to their family. The bottom line is that if the United States Marine Corps has found utility in suppressors then there is something to it.

Beyond combat effectiveness, there exists the cold hard truth that gunfire is really loud. So much so that one’s hearing in life can be adversely affected by frequent exposure to gunfire. In most cases, hearing protection is an option and should be regularly applied when operating firearms.

Then again, there are times where it’s just not practical or perhaps there simply isn’t enough time in a fight for life. A suppressor muffles the noise and as such, can offer great protection for your hearing in the years to come.

Where are Silencers Legal?

​The 1934 Firearms Act defines the terms “firearm silencer” and “firearm muffler” to mean any device for silencing, muffling, or diminishing the report of a portable firearm, including any combination of parts, designed or redesigned, and intended for use in assembling or fabricating a firearm silencer or firearm muffler, and any part intended only for use in such assembly or fabrication.

According to Federal Law, they are perfectly legal when the appropriate paperwork and taxes are filed. However, a handful of states have capitalized on the myths about silencers and worked to effectively ban them. There are only 8 states where silencers are banned, but local gun laws throughout the nation have put regulations on them.

We always encourage people to check their local gun laws before purchasing a firearm or silencer. Gun laws are rapidly changing in America and as soon as an article is posted, it may very well be out of date. However, assuming they are legal in your part of the country we can walk you through the process of picking one up.

How to Purchase a Suppressor 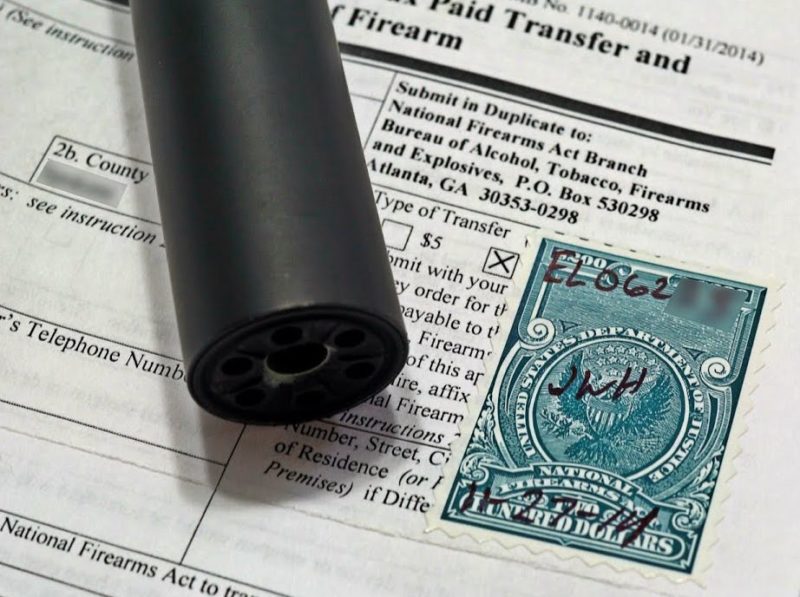 If you want to purchase a suppressor, you’ll need to fill out a healthy dose of government paperwork and, of course, give Uncle Sam a little of your hard earned money. It all starts with identifying the suppressor that you want to purchase. Most dealers will help walk you through the following process. If not, just complete the following steps and you’re on your way to a quieter world of pew, pew, pew.

You’ll not be able to take possession of your suppressor until your application is approved. This is by far one of the most frustrating parts of the process. This can take months on many occasions, but the wait is definitely worth it. Again, if there are any questions about the process your Class 3 FFL dealer should be able to walk you through the process. So don’t be intimidated to walk into a gun shop and just ask.

How to Check the Status of Your Suppressor

The wait for your new suppressor can be excruciating and many will want to know where they are in the process. To check the status of your suppressor, simply call the ATF at 304-616-4500. You’ll then need the serial number, make, model, name of transferring dealer and the transferee which would be yourself. With that information you’ll be informed where you are in the process and perhaps how long you will have to wait.

Silencers and the 2nd Amendment

Public perception is often at odds with reality in the gun control conversation, but that doesn’t make public perception any less effective in moving the gun control agenda forward. Even if you support some version of gun control, one can hope that it would at least be based on objective reality rather than opinion. This is one of the reasons many in the pew universe react harshly to the term silencer.

It brings about the perception that stealthy villains from a James Bond movie can conduct public assassinations in broad daylight with a silencer. After all, if the sound of gunfire is removed, then how would anyone know a shooting is taking place? This induces public fear and support for banning something that is anything but silent.

By pointing out that firearm muffling devices merely suppress the sound rather than eliminate it, gun owners are trying to dispel the silent myth. For many gun owners, the suppressor is the canary pigeon in the mine shaft of 2nd Amendment liberties. Where the suppressor is made illegal, more gun laws are sure to come down the road.

​What you Need to Know About Silencers 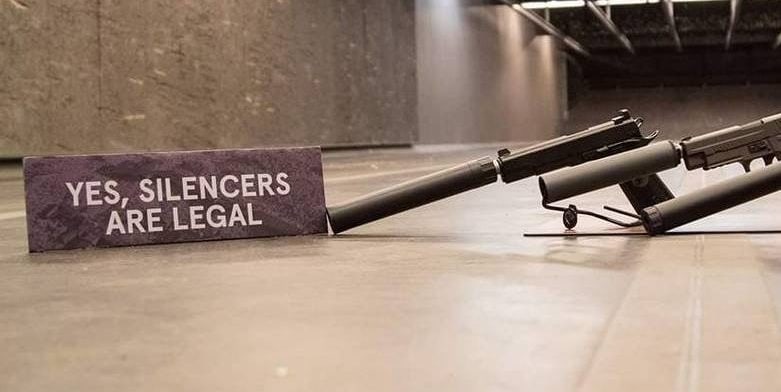 At the end of the day, what you really need to know about suppressors is that they are safe, effective, and a whole lot of fun. They won’t turn you into a secret assassin and nor are they guaranteed to save your hearing. It is still recommended that you use hearing protection when firing guns with a silencer.

You need to know that it is ok to call them a silencer or a suppressor, regardless of what the local “gun expert” says. However, if you want to help fight back on the negative perceptions associated with silencers, you might be doing the 2nd Amendment a solid by calling them suppressors.

That’s the cold hard truth about silencers and suppressors. Now that you are ready for your next big gun debate, check back in with us later for more meaty gun knowledge and live the 2nd Amendment lifestyle the way it was meant to be lived.


​This copyrighted material may not be republished without express permission. The information presented here is for general educational purposes only.