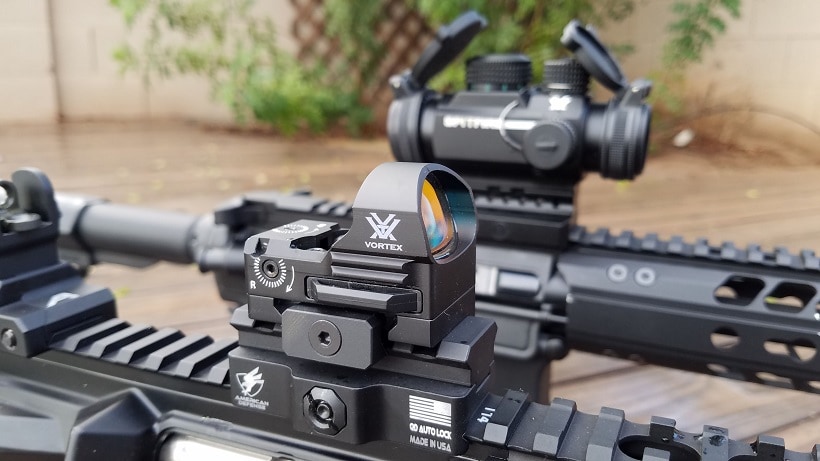 Firearms sights are, for the most part, mission-specific. That is to say, whatever the task is for an intended firearm, the type of sights will matter a great deal. In this discussion, we will take a look at shooting a red dot system versus turning to a rifle, handgun or shotgun optics.

While among the avid shooters this seems like a no-brainer in terms of information, we know for a fact that entry-level shooters, and there are piles of them across the country, are eager to learn as much as possible about sighting systems.

Even the basics need to be reviewed every now and again, so hang on shooters because here come the hard facts of the matter. 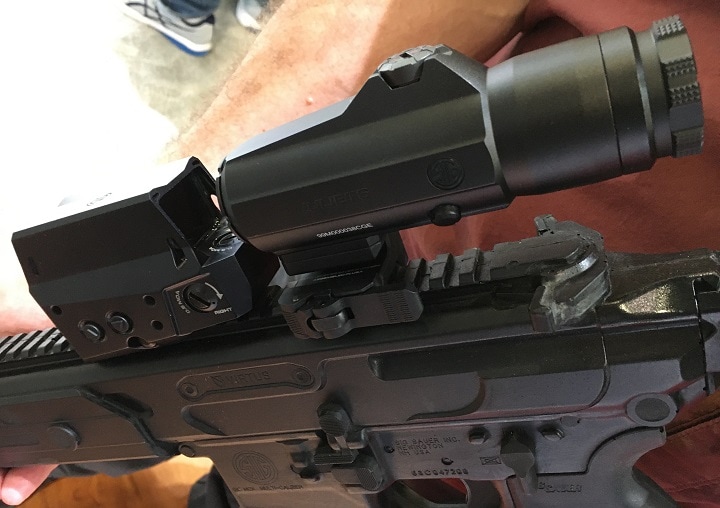 When using red dot sights, the primary mission involves close- to medium-range shooting. As such, selecting a red dot system just like those on Amazon will automatically set the shooter into a path as solid as stone regarding target distance, weather conditions, degree of environmental factors, and primary weapons selection.

Trijicon 1X25 MRO HD 68 OA is an example of a high grade red dot selling in the area of $616.00 retail from Amazon. This sight will take on the task of developing solid aiming solutions out to close quarters targets 200 yards away.

Moving up the ACOG systems (military), as offered by this same company, range increases to 400 yards, but that is just about the end of the line regarding massively effective fire-control sighting.

Not to say that shots can’t be pushed further than the listed range limit, but that is usually the case with shooters who have had hundreds of hours' practice with certain sight and firearm packages. 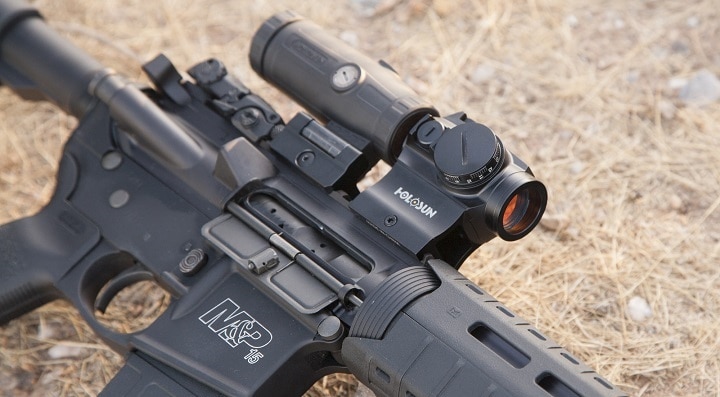 Red dot sights are associated with speed shooting at closer ranges, and also gunning open visual shooting situations, as in sweeping rooms during clearing operations, hog-hunters in thick cover taking on a nasty boar, or three gun target competitions when the shooting is fast and furious, for example.

Red dot systems are outstanding in low-light situations, or when used on handguns, crossbows, and other shorter range weapons. I shot an AimPoint red dot sight only one season on deer during a test phase of the sight, and even though this is a military-grade red dot, the sight just didn't cut it as a deer hunter's tool.

When hunting heavy in high, thick cornfields even at closer ranges, the sight got lost quickly against the natural camouflage of the deers' coloration, and at longer distances it just flat-out failed. 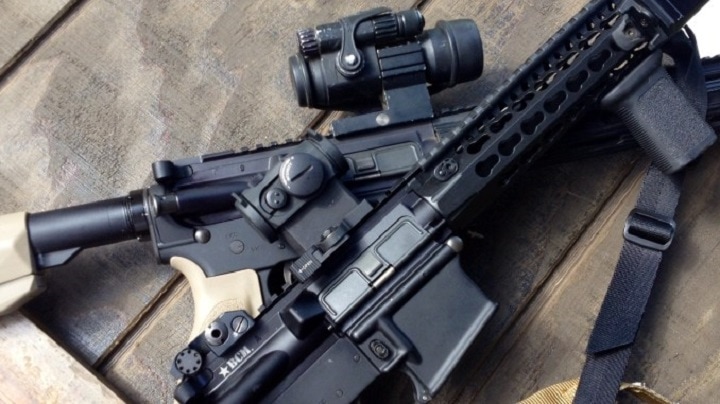 ACOG systems, such as the Trijicon, on the other hand, are designed to be used at slightly longer ranges. My retired friends in the 101 Airborn, with whom I work extensively regarding a new ammunition company’s development, are knowledgeable combat vets, and tend to like these advanced ACOG red dots a great deal.

When applied to ARs, they do indeed stretch the effective range of the weapon in terms of acquiring targets at longer ranges. Aside from this exception, the red dot is a close-range option in almost all cases when short distance targets are being presented to the shooter.

Want to increase your range while shooting a red dot sight? check out our guide for choosing the Best Red dot magnifier to shoot your target at longer range. 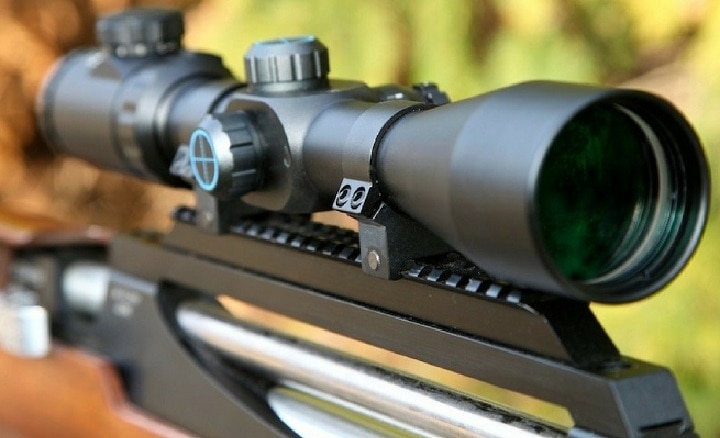 In terms of making a case for or against using the rifle telescopic sight (scope), there is just about no possible argument when it comes to the versatile and massively effective range on a rifle of almost any caliber or cartridge case size.

The advantages of the scope come down to its ability to reach out and send bullets to accurate ranges against all manor of targets at many varied range limits.

Even a lower power scope, because of the optical system employed, can do some major work at ranges out to 500 yards, and advanced glass sights can push bullets to ranges never even thought of even a decade ago.

For example, again a scope that I am currently working with in test phase is the new Zeiss Conquest V6 long-range optical system. This scope retains German glass of the very highest quality, a power range from 3-18X, and elevation adjustments in MOAs that total 60 clicks (840 inches elevation adjustment at 1400 yards). 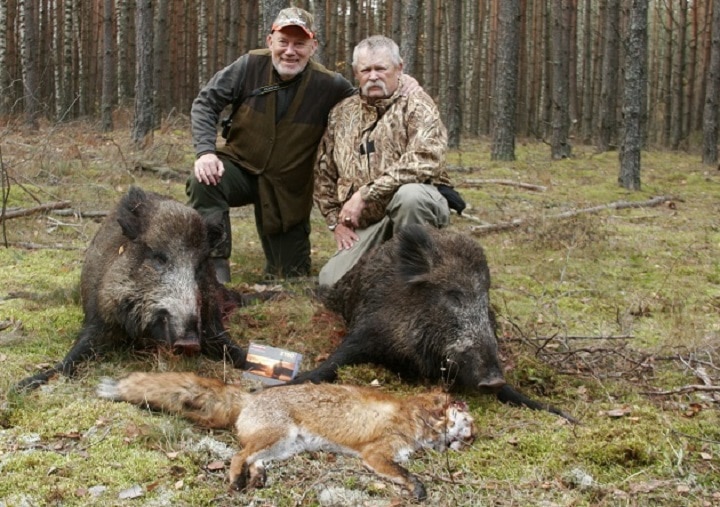 This pushes the scope's capability to more than 1400 yards when mounted on my Ruger Precision 300 PRC chassis rifle, and with added MOA elevated risers, or a “second zero" (TACO) system, range is increased to 1 mile or more down-range. And with that increase, the high quality optics can handle the task with ease.

What the rifle scope is not a capable of compared to the red dot sight is very fast target acquisition or raw speed sighting. Here the scope is slower.

But, rest assured, when I hunted dangerous game in Russia some years ago (Russian red boar) with a custom-built rifle chambered in 7X57mm Norma, and mounting a scope that retains a 50mm bell and a low power setting at 1.5X just for fast, close targets, the system took 6 boar at close-range with 6 rounds in 2 days.

Dangerous, you ask? The last one I killed had 4 dogs on his back and was running hard. He weighed in at over 680 pounds. One round took out his heart so close to me I could smell his breath, and I looked him straight in the eye before I dropped 3 pounds off the trigger.

The range that the animal dropped in 2 feet of muck and swamp water was 9 feet away. Yes, the right scope can work even up close. However, be advised that in most cases the range is greatly extended in terms of effective basic optical function.

Shooting platforms like ARs will handle special scopes designed just for them, while 22 LRs will bolt down yet another scope system that applies to the rimfire round.

Want to shoot 1, 2, or nowadays even 3 miles? There is glass being designed just for that kind of work and well. Long-distance shooting has gone off the rails in terms of creative distances and shooting methods of late.