When asking the question as to the best system to use when a comparative run is made between the rifle scope (glass sight) and the new magnifier system that mounts ahead of standard red dot sights, the answer comes about when some attention is given as to how these two different system work.

Red dot systems are simple, almost zero magnification dot systems that are designed for fast sighting at close-range. Say what you like, but those are the facts, my friend. 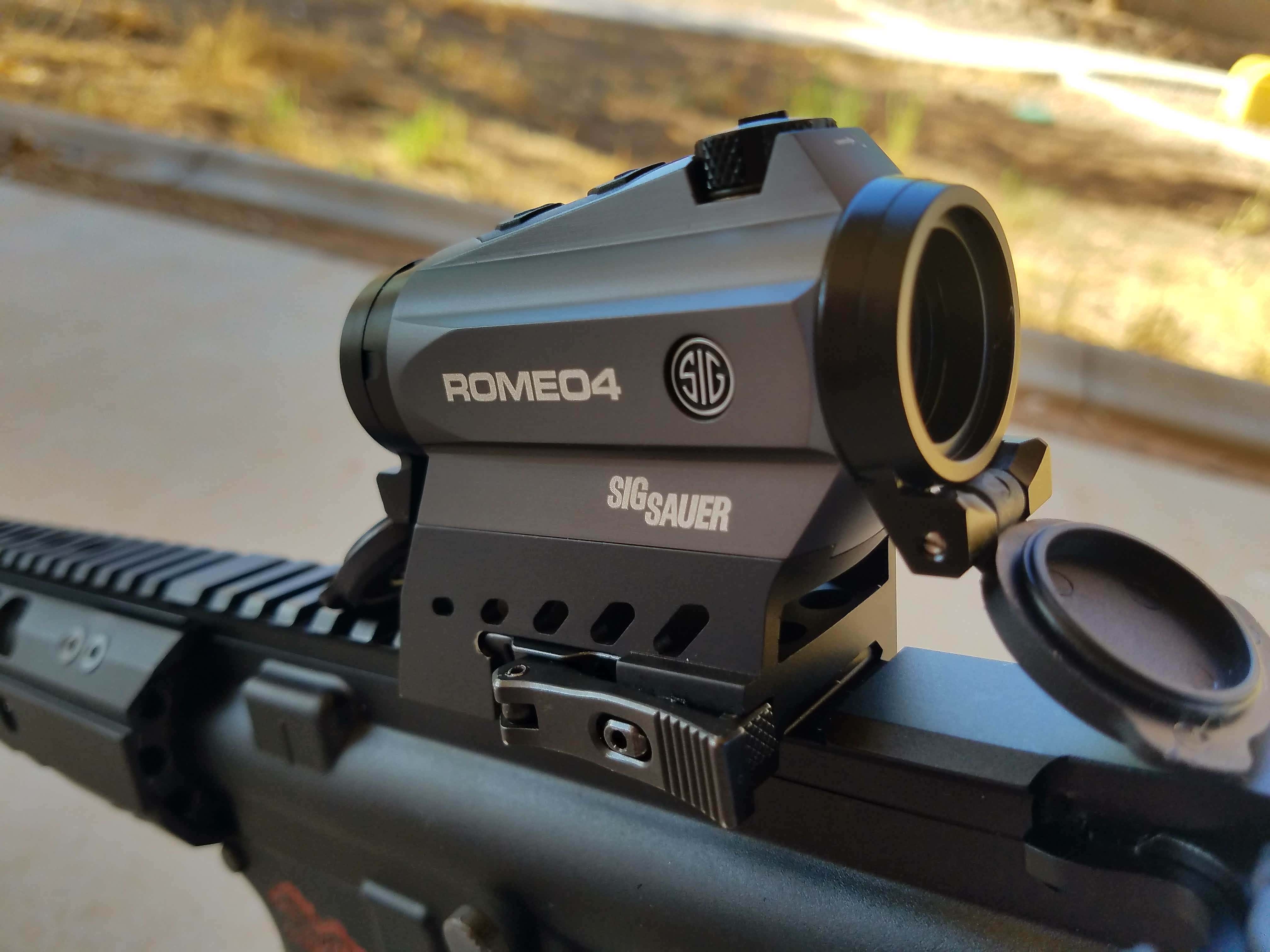 Selecting the Sig Sauer SOJ41001, as an example of a good magnified optic system, we see that the unit uses a 4X24mm lens to allow for a fast change-up from close- to medium-range. Notice I have stated medium-range, because this as a key element in the difference between scopes and red dot magnifiers.

It's all about range and accuracy as the distance between target and muzzle increases. Where as the red dot is deadly fast in fighting tools, it needs some help when the range gets stretched, and yet more help yet when the range turns to a long-distance accuracy shot.

When shooting red dot sighting systems in real time, regardless of if you're using the magnifier or not, the red dot covers an element of the target mass and that stays the same as the range increase and the magnifier is put into use. 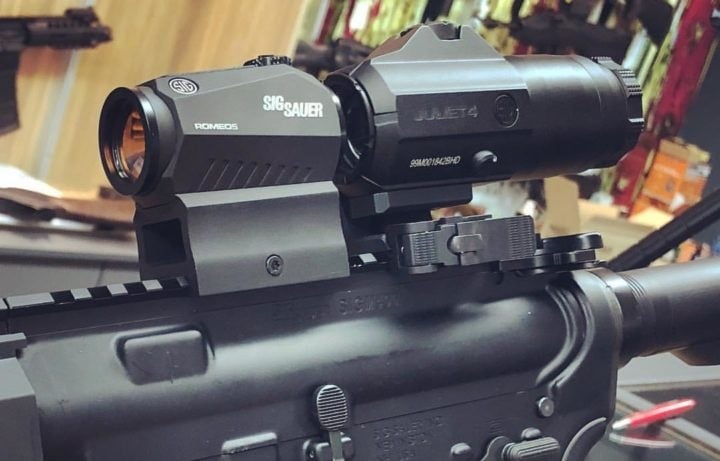 What I have found is that, in some conditions, my red dot can get lost and the image on the target surface is hard to retain.

Why? Because light changes on moving targets in a contentious pattern. That means the red dot is a class act under one lighting situation but looser in still another, even at the same time on the same target. When you have shot a pile of stuff over years these things start to show up in your sight picture far more often.

You have conditions the eye and the brain have to deal with, such as variations in the background and primary targets at varied ranges. Red dot optics amplify the issues previously noted.

Therefore, knowing the limitation and advantage of the sighting system with or without the magnifier makes all the difference in the world regarding your success with the sight system when in the field. 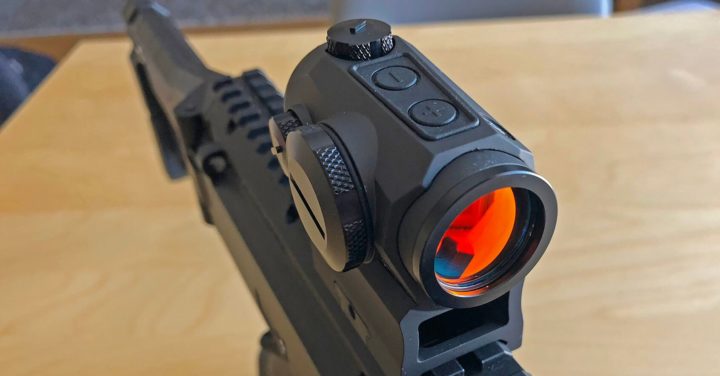 Because a magnifier retains a maximum power setting of 6X on some models, and nothing in terms of extending power settings beyond that point, I can say for a fact that 6X is not the power setting you want for target ID at longer-ranges, or even when shooting sniper-related targets down-range.

The sight is out-classed by glass sights (scopes) for that work period.

Want to shoot competitive three-gun matches, work as a cop on urban targets at street ranges, or gun pigs in swamps when the target is in your face or leaving but still visible to a few hundred yards? Go for the red dot optics much of the time. It is a speed winner well over the scope sight in many cases, to be sure. 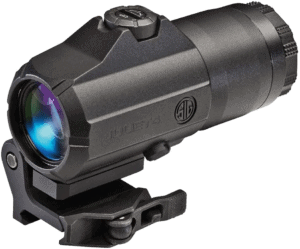 The price of Sig Sauer SOJ41001 varies, so check the latest price at 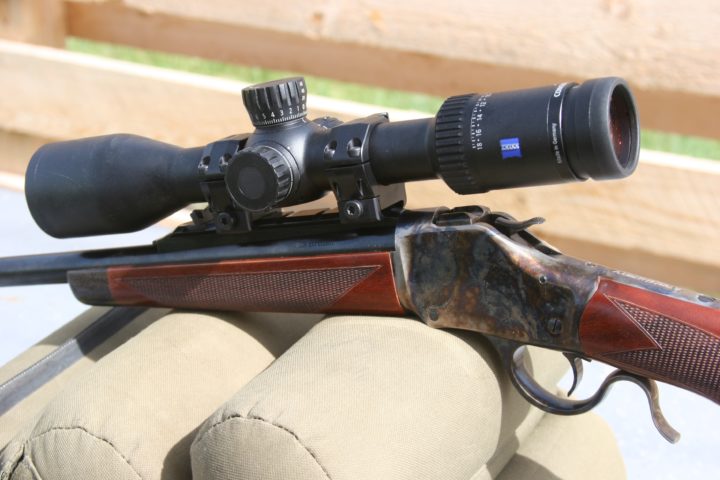 I have selected this scope for an example because it is a current scope under test here at Ballistics Research & Development. This scope sight uses very high quality German glass lenses, and also retains sub-tensions that put it into the sniper-grade category in glass sighting equipment.

Under test, this scope was mounted on a Mossberg 308/7.62 NATO Scout Rifle. This bolt-action rifle uses a picatinny rail, Zeiss bases and rings, and also an AR-15-style riser in order to get the scope where I wanted it in terms of eye level, as sighting accuracy work to 600 yards was undertaken with the rifle and scope.

Because the scope retains the power settings of 3-18X50, the low power for closer-range infighting or sighting running game, I carefully considered it from the designers at Zeiss optics. I have used this scope for shooting running Russian boar, and also against New Mexico coyotes in high sage brush at very close-range. 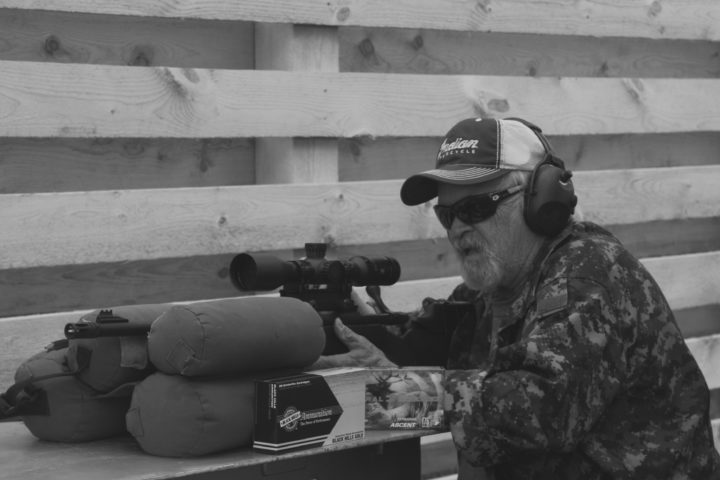 At low power, the scope can pick up the sight picture on a target that is moving fast at very close-range. In Russia my partner, a French military sniper, and I took 15 bore without missing a shot at close quarters. The critters were caught running in heavy timber and swamps.

The French sniper made body hits that slowed or stopped the big critters that weighed from 400 through 800 pounds and, as a vital pocket-learned shooter, I took six with six rounds of 7X57 Norma in a Blazer straight pull bolt-action rifle. Shooting was so good the Russians gave use medals for our field work. 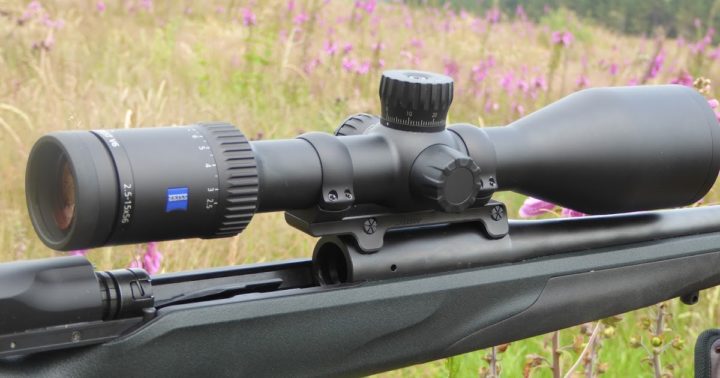 The scope used here was a Zeiss, of a design much like the one used for this review, for example.

Now, turn the tables and get a target at 600 yards or more, set the turrets to the exact ranged DOPE, then send the bullet down-range. Good shooters with scopes can run almost if not 100% hit rates at 600 yards-plus all day long on an A/T human torso target. 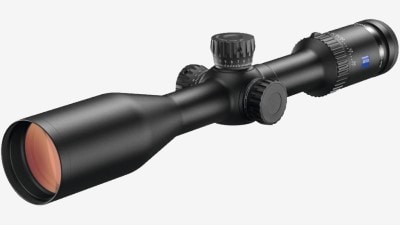 The price of Zeiss Conquest V6 varies, so check the latest price at 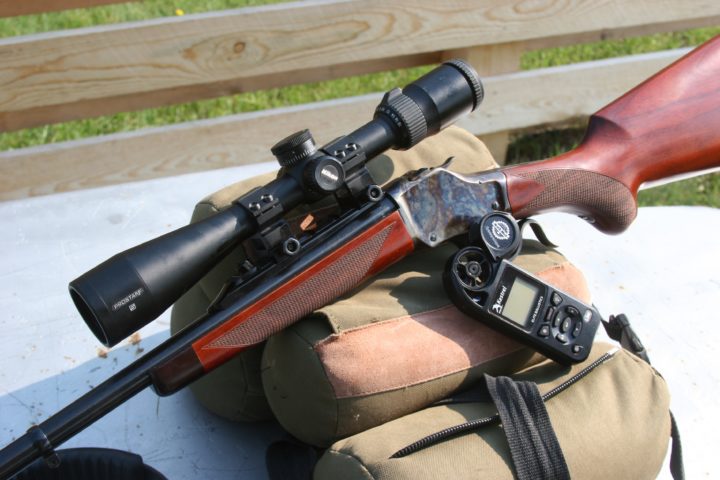 The second scope used here was the Nikon Prostaff series.

This scope uses an open turret-style for fast elevation adjustments, but also uses a spring cap stop to allow the settings to remain in place, and also the shooter has command of an easy zero return adjustment. However, the side knob for windage is capped.

The sub-tensions amount to a simple medium crosshair, with no hash-marks of MIL sittings etched into the glass. Bell size on this scope is 40mm. 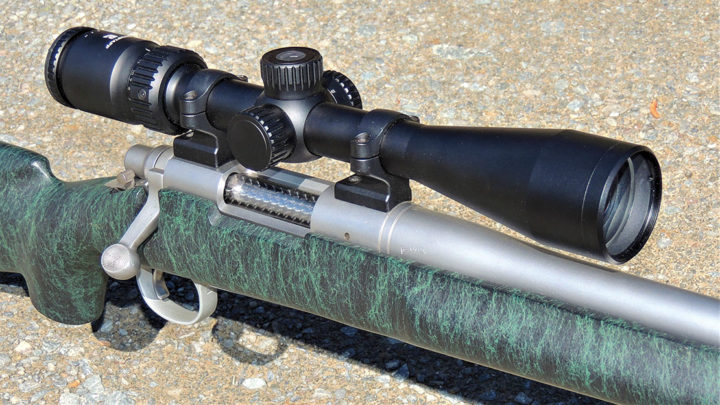 Results were nothing less then outstanding with the balance, handling speed and accuracy associated with this very fine quality stalking big game rifle.

At low power (4.5X), the scope is quick to pick up moving or standing targets. Also, when advanced to the maximum level of its power settings (18X), the shooter has the ability for standing-off and shooting ultra-long-range targets as well.

The British 1885 was flash DOPE and shifted between 200 and 600 yard targets, and with great speed the rifle stayed on steel each and every shot sent down-range. The question is simply this: Is the scope far superior to the red dot system even when a magnifier is applied? The answer is a resounding yes.

Because the scope is flexible, and when ground troops or cops are counting on an over-watch-scoped rifle sniper to save their backsides in a gun fight, my vote goes to the big, long tube glass sight every time.

As I don’t shoot red dot sights other than for my crossbow hunting and closer-range turkey gunning, my field experience is limited using red dot and magnifier systems. I have used them for night-hunting for varmints with solid success using bright red lights, and also hunting whitetail in a swamp setting in the east end of the country.

Here in the western states the red dot, with the exception of competitive events, has not much purpose, to be truthful. 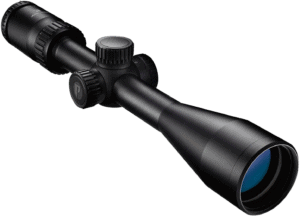 The price of Nikon Prostaff varies, so check the latest price at

Equipment used in my testing was what was on hand. This is not the end all to what would be considered by buyers. Choices are based on quality, price and availability. Due to current C-19 events, some models are rather hard to locate of late. Let us hope times will get better worldwide.