How To Use Iron Sights 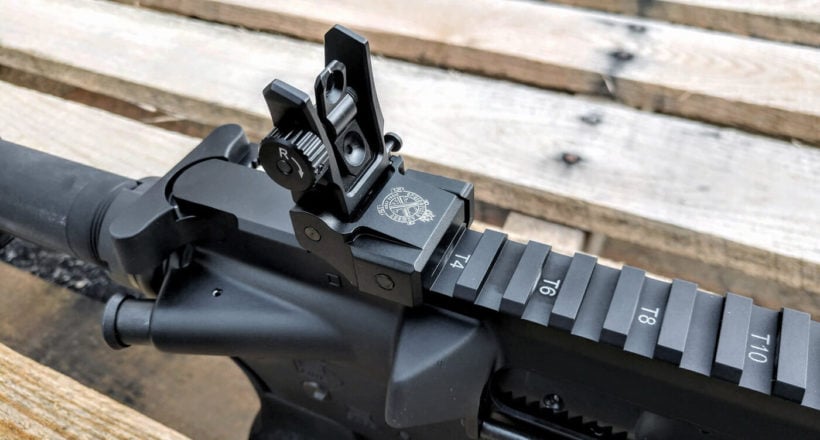 Iron sights are the general purpose workhorse of any firearm. This goes double when the fancy electric sights, or even basic glass scope sights, fail in the field or on the range. The following is a review in terms of gaining information as to the basic usage of iron systems.

Be advised that this sight is one of the oldest and most used of any sight ever designed. When all else fails, a set of iron sights will get the job done.

The type of sight we're looking at in this evaluation will be the receiver sight. Here the shooter needs to align a rear peephole up with a front post so that the post is dead center in the peep sight. For the most part we are wired to do exactly that without much if any stress involved at all.

Receiver sights are the most accurate of the iron sights, because that rear peep sight concentrates the shooter's view massively and, as such, the alignment is clearly honed to a fine edge. 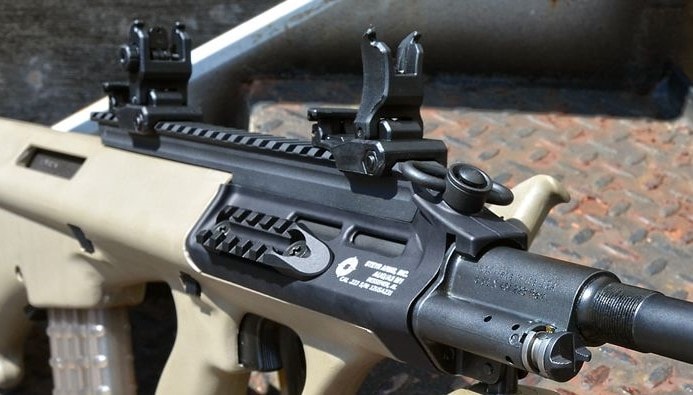 The receiver sight is used on precision target rifles, military rifles, and various hunting rifles. Because elevation and windage adjustments can be made on the fly, shooters have come to know this sight well when total dependability and accuracy are the required end product.

It's interesting to note that the receiver sight started to disappear from military application when the ACOG or red target indicator came into existence. The military found that the rounds-per-hit ratio went way up using the electric sights on the M-16 in combat. I call this "time on task”.

Getting a small iron sight on a target is one thing. Using the “dummy” sight that says point and shoot is a whole different matter. This made at least average marksmen out of just about anyone who could shoulder a rifle and pull the trigger.

It's a little like the Glock pistol, for example. Take away all the controls, remove the safety, and anyone can shoot the thing.

When the shooter needs to align two parts to a sight - the radius and basic alignment - it takes time.

Practise makes perfect, as was found by Simu Hayha, the world's deadliest sniper at 505 kills during the Russian/Finish Winter War. Modern firepower would have required 13,550 rounds of ammunition to equal his body count.

The sniper did it with a 30 cal M/28 bolt-action and iron sights. How did this happen? Because he trained, trained, trained. A lifetime of shooting in the woodlands of Finland, and it shows what the iron sight can do when applied to the task at hand.

Basics like maintaining a sight picture with best iron sights comes naturally, as we are hard-wired to use this system. Alignment on the target also comes quite easily as even small child can be quickly trained to use an air rifle that has a simple notch rear sight and muzzle blade for sighting. 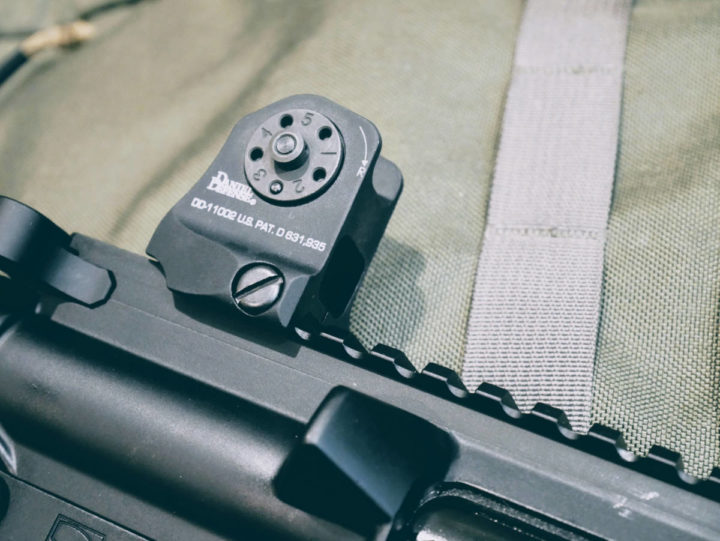 I train folks to use handgun iron sights, for example, and after some training I take away the sight , the muscle memory is still there, and they hit by instinct alone. I call it "quick reaction combat-style training". Time on target is everything in a gun fight. Lose that edge and your fried.

Today there is a trend away from iron sights, even on handguns, where these sights have been the backbone of the weapon for almost forever. I am not fan of red dot sights or other electric sights on handguns. Yes, these systems are dummy-proof and anyone who can hold the gun can hit with them.

However, when the little red lights go out, all that is left is those iron sights, and if they are covered up with some mess of an electrical tool, you're dead. End of story. By all means train with the iron system and, if you feel it necessary, use a laser sight that mounts inside the grip panel or, as with auto loaders, out under the muzzle.

What about magnification? Sorry folks but that’s not a part of this equation at all. Magnified sights are electric or tube glass scope sights. Iron sights are not applied here in any way.

In target shooting, the basic receiver-style iron sight has been used for 1000-yard matches since the early days of rifle development. Buffalo hunters used these systems on the Sharps rifles and took the giant beasts at some unbelievable ranges.

The receiver tang sight was the tool of the day, and is still almost untouched even now. A good tang sight can cost a shooter upwards of $400.00, less installation, on the rifle.

Working with iron sights is easy, and even though I have covered this information previously, the best approach is simply this. All sights have at least elevation on the rear sight as well as, usually, windage adjustments. Simply screw the desired direction based on an arrow marker, in most cases. 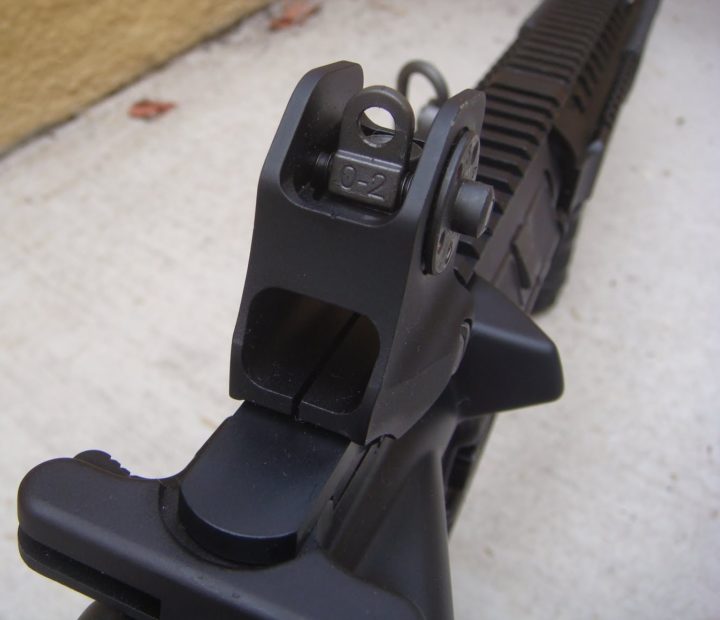 Some sights are very easy to use, as in the very basic leaf sight system. But even that sight method for moving the bullet impact is to move it from one side to another, as well as making changes in elevation.

In some cases state laws, such as in muzzle-loading firearms, require the use of the basic iron sight. Black powder shooters all know how to use these sights to their major advantage. Why? Because they practise a good deal of the time.