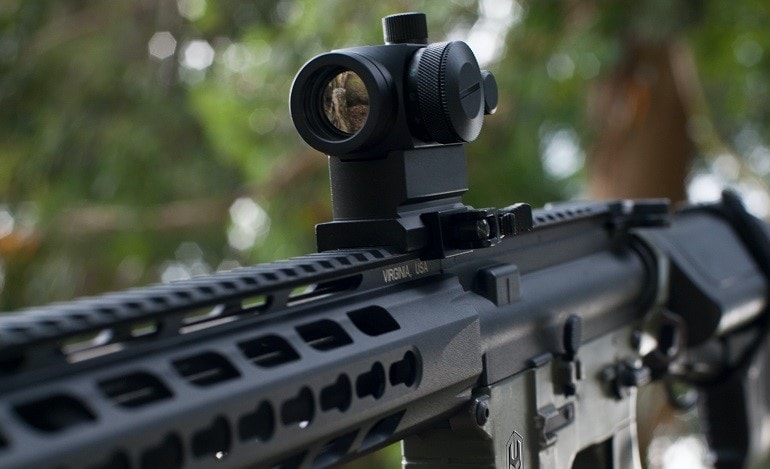 Alright, so it’s not nearly as fun as it sounds, but it’s still something that you should do in some form or another. DOPE stands for “data on previous engagements”, and is what shooters call compiling ballistic data when shooting at different intervals so you can quickly click your windage and elevation dials so that your first projectile can land accurately.

In truth, you don’t really DOPE a scope, the data you’re collecting is on the ballistics of the ammunition you’re firing and therefore how many clicks you need to adjust in order to accommodate for different distances and shooting conditions. You’re not really compiling any data on the scope itself, since any scope with the same click values would behave the same way.

That said, it’s still an important thing to do and for some reason a lot of shooters refer to it as DOPE-ing a scope, so (shrug) here we are. No matter what scopes or tools you’re using, you want where you’re aiming to match where you’re hitting.

To Dope Or Not To Dope?

In Lieu of Doping

At the risk of being ostracized, let me say that you don’t always have to go through an involved method of DOPE. Basic ballistic data for most loads is available online with services like JBM Ballistics or via a number of mobile apps. This basic data is going to get your shots pretty dang close, though there will certainly be variations between rifles and other conditions. 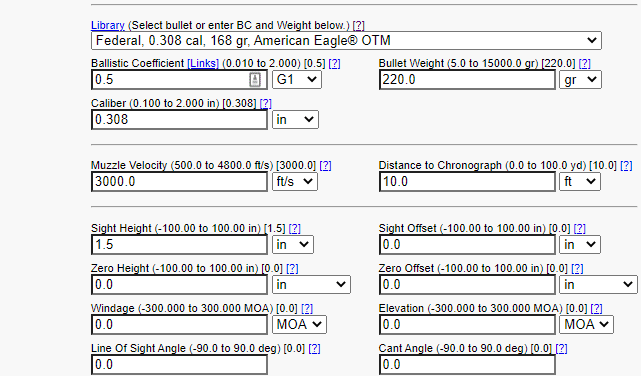 A little research can be a match for doing your own calculations.

Basically, you’ll want to go through the DOPE process when the easily available data is not precise enough for your needs. If you’re doing precision shooting at 1000 yards, for example, then you need the exact speed that certain loads are leaving the muzzle of your specific rifle.

You’ll also need to know how the round’s trajectory varies based on humidity and other atmospheric conditions. If you’re competing and a few millimeters could make the difference between winning and losing, then the standard ballistic information you can’t find online probably won’t be precise enough.

How To Dope A Scope - The Details

How this goes depends a lot on how much detail you’re capturing. If you just want to know how much the bullet drops at different intervals, then that’s pretty easily observable and measurable, though it may require some walking. If you want to know wind speed to estimate a wind hold, for example, you’ll need a wind meter. 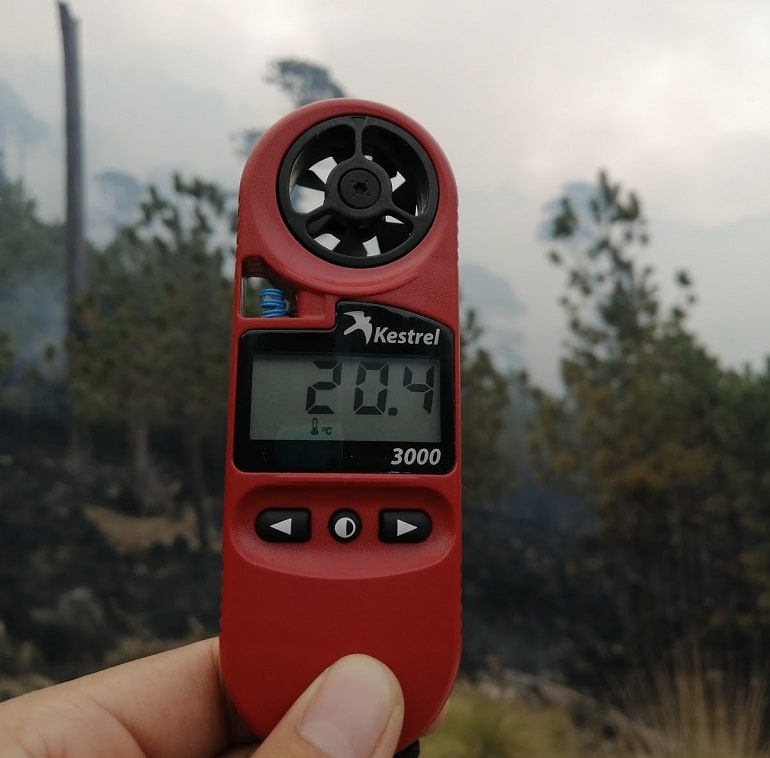 If you want to keep track of humidity and atmospheric pressure, you’ll need even more tools. A lot of basic thermometers will also track humidity, but you may need to spend a bit more money to get a reading on the atmospheric pressure during a shoot.

One of the most important pieces of information for calculating info is the muzzle velocity of the round, which requires a chronograph to measure. Chronographs aren’t a horribly expensive tool, but you’ll be paying up to $100 just for that one piece of equipment.

Here’s a rundown of all the info that a die-hard DOPE-ist would want to capture: 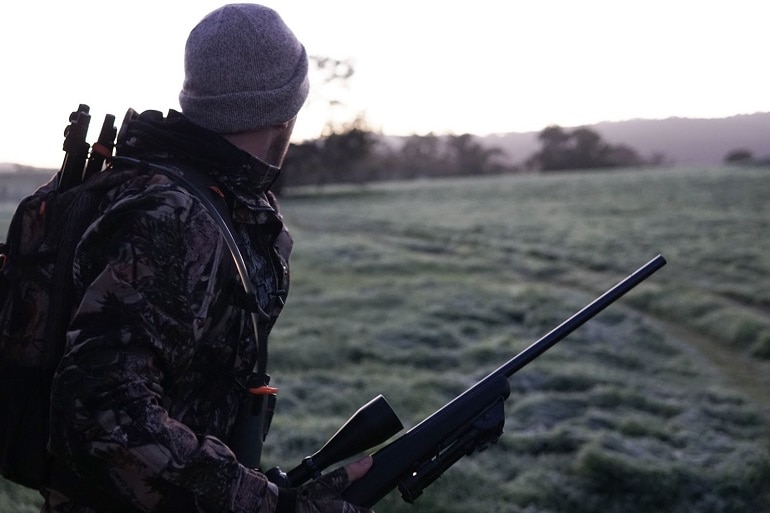 Again, this depends a bit on how much data you’re capturing, but if you can get the muzzle velocity of load first thing, it can save you a lot of time getting the rest of the ballistics online. Again, muzzle speed should be very similar to existing ballistic data online, but by plugging in the basic info on your set-up, you can use a calculator to get your exact ballistics.

Once you get the muzzle velocity, you’ll want to set up your instruments and get your rifle ready as well. Using some sort of gun vice or stand to hold the rifle perfectly steady will save you a lot of time and make your measurements a lot more accurate. The velocity will change each time you shoot, so what you want to capture is the average velocity.

Set up targets at the distances you are going to want exact figures for, and take a few rounds at each distance. Use a rangefinder to calculate exact distances, and use either a spotting scope or a lot of walking to measure how far the impact point is from the aim point. Record the wind speed at each shot, and the humidity and atmospheric pressure at each spot as well.

If you’re going through all this trouble, you may as well take enough shots at each distance to be confident in the impact point, so if you’ve got the rifle mounted to something stable then take three shots at each range. If you really want to confidence at a certain range, you can take more shots at the target. 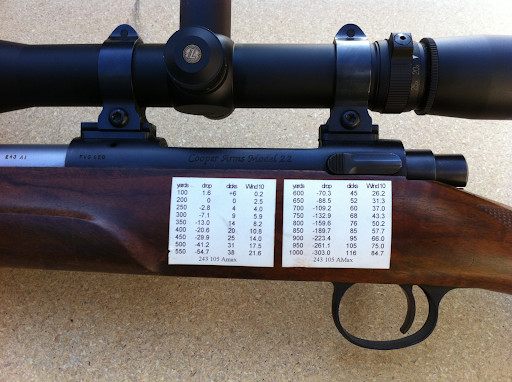 The whole goal of Doping is to be able to quickly reference a chart that tells you how much to move your aim point or scope reticle to make sure that it matches the point of impact. Most DOPE data cards look something like this:

You can measure your drops in clicks, Mil, or MOA depending on what your scope uses and your personal preference. You can also measure in inches or centimeters or something, but that requires additional math on-the-fly to convert it into something you can actually adjust.

Format it however you want, but remember the goal is to predict the point of impact well enough to hit a smaller target rather than hit low or high. Accuracy while shooting requires accurate input. Your Dope card should have the data you need and not require you to come up with the answer yourself.

Information you input to calculate the aiming differences like the average velocity at the muzzle and the true velocity in different conditions and ranges doesn’t need to be on this paper.

Tips For Doping A Scope

There are a few tricks to making the DOPE go a little faster and be easier to use. First, if you have flip up caps on your scope, put a basic dope sheet right there on the inside of the cap so you can easily see it without moving your head much. I’ve seen plenty of shooters use something like a gear tie or bulldog clips to mount their card on something as well.

A gear tie can work, but it’s hard to get it somewhere that you don’t have to worry about jostling things to see the paper.

Second, choose the distances that you shoot at based on what kind of shooting you are doing, and do it while it’s light outside. Precision is harder in the dark, no matter what method you’re using. Also, have the rifle anchored when you fire so you don’t throw things off.

Use the range time you’re already planning on spending. If you’re a new shooter, you should target at least a few times a year to go shoot. Confidence depends a lot on how many rounds they’ve pulled the trigger on, and how accurate they know they can be. Fired ammunition gives a shooter the ability to improve their precision and be more accurate.

If you can use a ballistic calculator to get the ballistic data you need to identify the actual point of impact so you can get a first round hit, then just transfer it onto a range card or reference chart and get long range shooting. If you’re doing precision rifle shooting or long range shooting, then you may need a DOPE card that has your specific data on it for shooting.

Precision shooting is affected enough by target distances and environmental factors that if you try to instinct your way through it, you may lose hope at longer distances. Data collection is always handy to have, so as you are doing range time and rifle shoots anyway, it can be worth jotting down each hit and how much you have to move to hit the target.

Do you do precision shooting? Do you use a hunting rifle for long range shots? Have you found have a DOPE card or a data book to be handy? What calculations help you shoot the most? Let us know in the comments.