How far can an AR 15 shoot accurately? 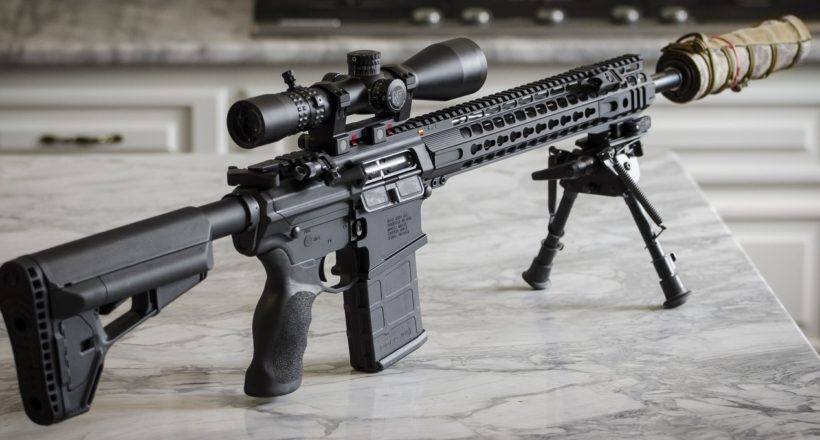 When the .556 cartridge was developed by Remington Arms in 1964, its primary assignment was to serve as a military round for the M-16 rifle. In the past several decades, this cartridge has become commonly used across the United States and in foreign countries as a service rifle.

When discussing the .223 /556 NATO cartridge, be mindful that this cartridge has a vast availability of both factory loads and hand loads. This round carries many different performance levels. In effect, not all variants in .223 cartridges are the same.

Since the goal is to shoot your rifle accurately at long distances, you will also want to be sure to have one of the best AR-15 scopes. The rifle and scope combination provide the accuracy you're looking for. The precision is up to you! 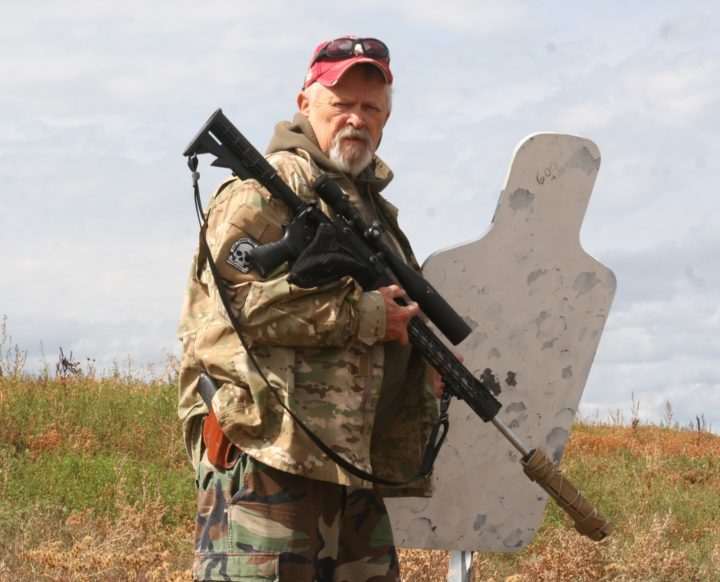 When making a ballistics study of this cartridge, I select the factory offered 55-grain bullet in Hornady V-Max or some other primary design. These bullets/loads are a common standard and can best illustrate the relative ability of this round to stay true and on target downrange. 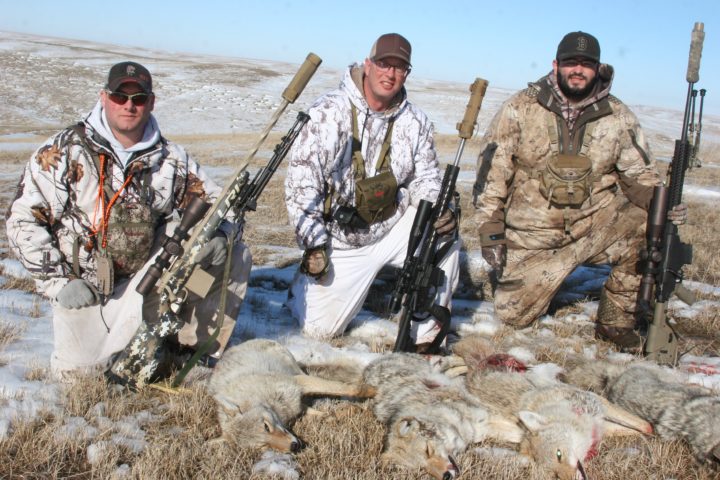 AR-15 in the company of heavy bolt guns long-range shooting to a maximum range of 1000 yards, ​​Coyotes tell the tale here

When working as a consultant and using actual warm target applications, I have used this cartridge and paired weapon for over 40 years. The performance associated with the .223 Remington round can be classified into two primary groups--hunter or general field shooter.

The primary difference in these two groups is that the lightweight bullet travels faster downrange and shoots flat to long distances of about 300 to 400 yards.

Another very important element in this discussion is the rifle twist rate. Rifle barrels are not at all the same when it comes to the number of times the rifling makes a full turn in a series of inches.

Lightweight bullets used for a general-purpose in the AR-15 require a 1-10 greater twist. This is what we call a slow twist barrel.

The heavier the bullet, the greater the number of twists that are required. In this case, military and civilian heavy bullet AR-15’s usually required a 1-7 or 1- 8. 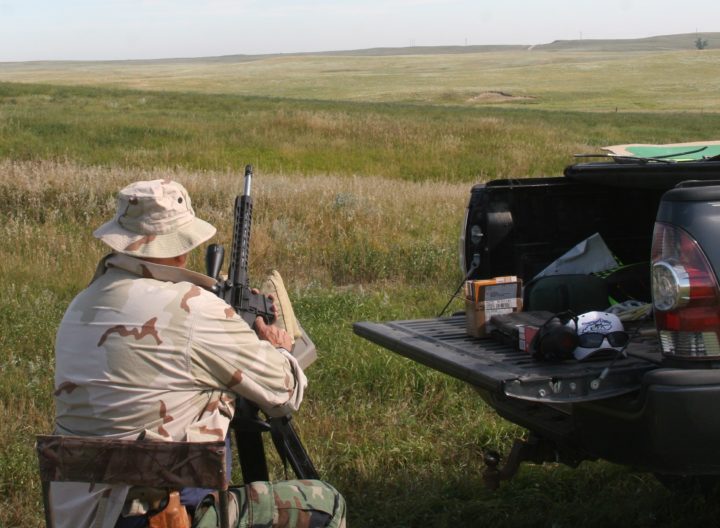 Shooting 801 yards on steel with heavier bullets (.224 Valkyrie) This is a game-changer for the AR-15

If you do not live near a big box store with a gun department, the problem here is finding heavy bullets in factory loads. However, the standard light grain weight bullets are very common and found easily wherever ammunition is sold.

Being a licensed dealer myself (Ballistics Research & Development), the most requested .223 Remington ammunition requested by shooters are the 40-55 grain loads. 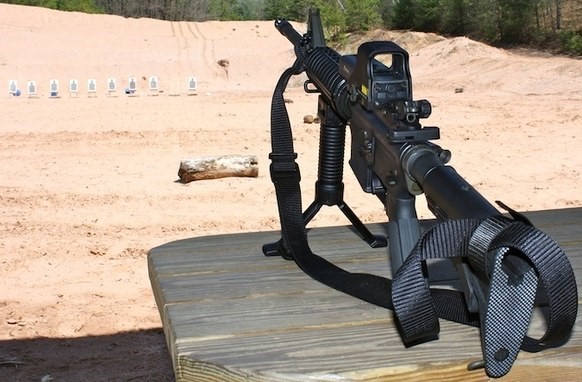 Effective range and accuracy depend on the direction the shooter takes regarding bullet weights and barrel twist rates. I could give you detailed data; however, hands on, live-fire events tend to tell the story the best.

Shooting steel targets at 600 yards with good wind conditions confirmed that when using the .223 round, my AR-15 delivered the mail on target. Shooting Wyoming’s Big Horn mountain range on rock chucks and other varmints further illustrated the ability of the rifle/cartridge. 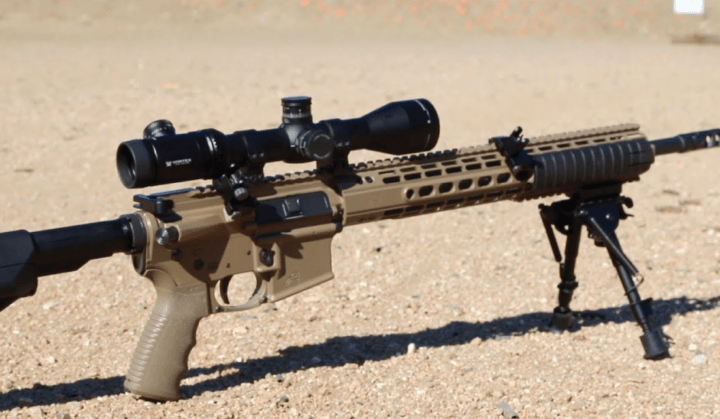 Bullets in the 69-70 grain group were most effective and accurate with fast twist barrels. The 55-grain bullets and slow twist barrels, the most widely used of the weight groups, illustrated the ability to stay on target when wind conditions were following or as headwinds under 5 mph.

Just how much shooting has been done in the case of illustrating these results?

In a single Winchester Sponsored event, a group of five other shooters and I fired 38,000 rounds in two and a half days against Richardson ground squirrels that had decimated a rancher's grazing land.

Not all shots were .223 Rem rounds, but much of the ammo was! 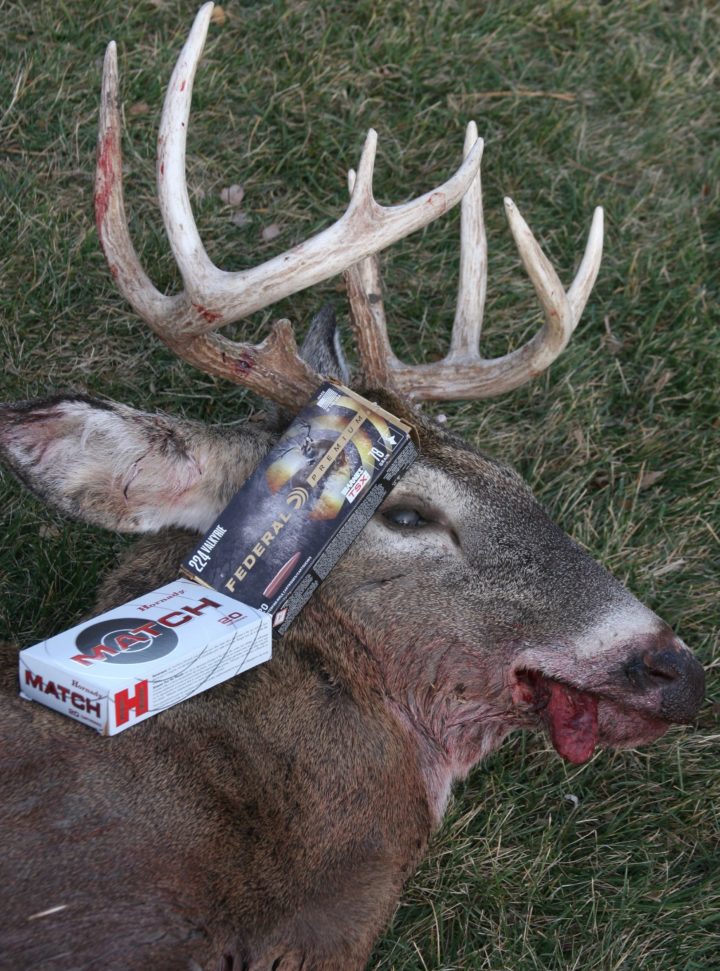 What we have not discussed is the fact that viewing the AR-15 as a short action semi-auto platform, the rifle has changed greatly over the past decade.

Today, it is not all about the .223 Remington round, but cartridges like the .224 Valkyrie and many others that have slipped into the magazine well of the rifle as well.

Valkyrie, one of my favorites, pushes the 22 caliber bullet out to 1000 yards and more with a redesigned cartridge case, increased grain weight in the bullet, and a steady twist rate in the barrel.

Valkyrie has been a game-changer for the AR-15 rifle

In order to answer the question regarding how far the AR-15 platform rifle shoots accurately, we must consider several things about the most popular American hunting rifle ever produced.

The short answer is simply this: This extremely accurate rifle is flexible due to innovations in load development, barrel length and quality, and well-machined receivers. The answer comes down to marksmanship. the rifle shoots more accurately than the riflemen behind the buttstock.

Looking to learn how to mount a scope on a AR15? Check Our Guide.

How to Mount a Scope on a AR15 Previous post