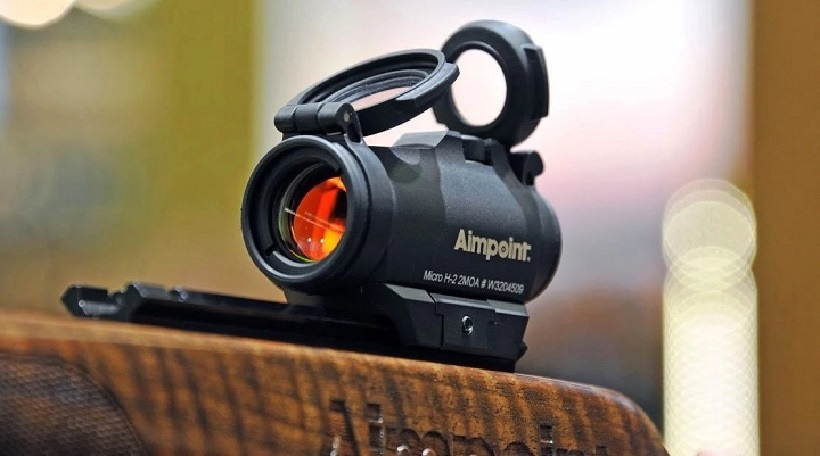 When the question comes up as to just how red dot sights work, the answer is not very complicated at all.

Red dot sights are designed as close- to moderate-range sighting systems. The sight makes use of a reticle with a mirror or series of mirrors that reflects the light emitted from an LED on its axis focus. The reflector lens/glass has a special coating that only reflects the red light or, when installed, a green light (green dot).

For a more straightforward explanation, the LED shines a beam of light onto the specially coated and slightly angled piece of glass. That glass reflects the LED light and creates the reticle's image of a red dot. 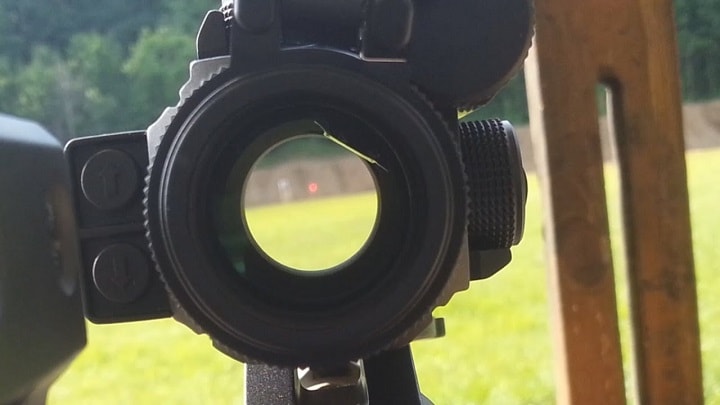 We call it a 'red dot' for simplicity, to keep everything easy to understand and identify with. The thickness of the light beam governs the size of the dot. Most are about one MOA (minutes of angle) at 100 yards, but some are larger for special target acquisitions.

Red dot sights don’t have a great many moving parts. The sight uses a system for horizontal and vertical sight adjustment, but apart from that, it is a very stationary system and, as such, can be quite tough and very resistant to damage in the field, do check our guide on How to sight in a red dot.

Red dots, being close-range shooting systems, don’t make use of sub-tensions like those in rifle scope sights. One exception to this is the ACOG unit, built for military use.

Here the reticle has a series of hash marks with exact range indicators marked on each line of indicated range. These marks are set exactly to the US Army’s 5.56 NATO rounds, and the system is very accurate.

Military variants of this sight system are built by Aimpoint, the original manufacturer of the red dot system, and Trijicon, the builders of the military ACOG systems. The short-range sight is greatly extended to 400 yards or more because of the special sub-tensions involved in the military adaption of the design. 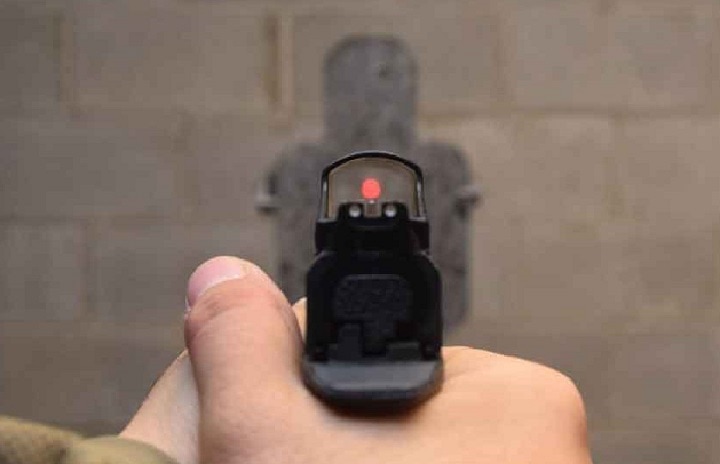 Red dot sights require magnifiers, which are units mounted ahead of the sight lens, that greatly increase the image size of the target and bring the red dot into an appropriate size for the shot.

Aimpoint builds these magnification units, as do the folks at Sig Arms, alongside many others. I mention these two because I have used both in real world test shooting. When using the magnifier, the shooter can swing the unit in place ahead of the red dot sight or, if not using it, swing it to the side using special mounts.

Red dot systems are usually very buyer-friendly. There are, however, exceptions to every rule. Military grade units that use rifle scope-style systems are going to run into the area of $1000.00. But a short-range sight system for rifle, shotgun, handgun or bow can be obtained from $50.00 to $200 and still be a good product.

Check on Amazon for many examples of best red dot sights system, and also HuntingMark.com for detailed explanations about many different models. 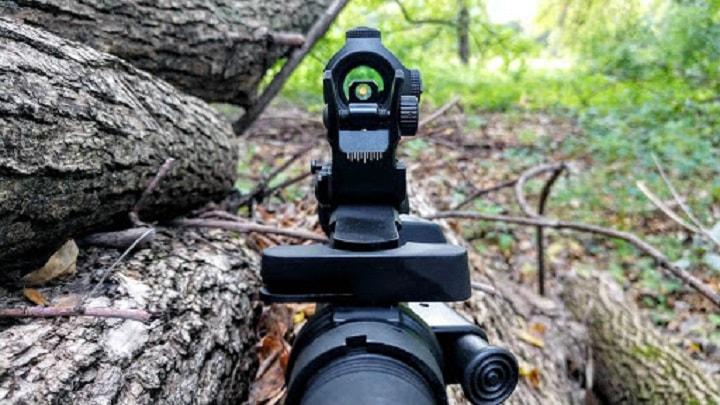 As a final note, individuals with sight issues, such as vision loss or distortion, can make use of the red dots much better than crosshair-installed rifle optics.

The red dot, being a stationary dead center marker, is very easy to pick up and use. Run the addition of the magnifier and you are good to go for most big or small game shooting distances.